Fun At the Dayton Hamvention!

I had the pleasure of attending the Dayton Hamvention last weekend, for the first time.  Dayton is pretty much the biggest ham radio convention on the planet, and it's only about a 4 hour drive from my QTH in Pittsburgh.  It runs Friday - Sunday (with many other radio events taking place in the days leading up), but I made a Saturday day trip out of it with my father, to take in the sites and load up on some new gear. 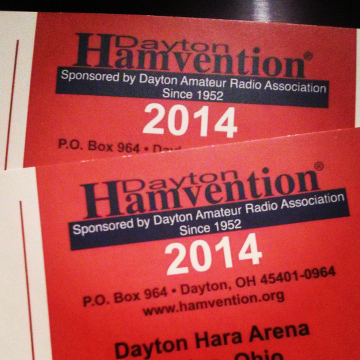 To be nostalgic for a minute; When I was a kid, I used to attend computers fairs with my dad; the largest being the annual Trenton Computer Festival.  Back in the late 80's, when I first started attending these events, they were magical places to be.  New computer technology was showcased in full, and you could pick up a stack of Apple II shareware disks for a few bucks.  And, by the late 90's the whole era was basically over.  Computers became mainstream, attendance dwindled and the best computer shows were a shell of their former self.  Dayton, however, still captures the magic of the old fashioned computer show -- except instead of computers everywhere, there is radio gear.

I think it's best to attend a show like Dayton with a few goals in mind.  Mine were to: 1) Pick up some new gear from some of the indoor vendors, 2) Meet of few vendors that I follow online, and 3) Pick up components in the flea market.

Indoors, there is an expansive floor space with every ham radio vendor on the planet in attendance.  I quickly moved to purchase a SignaLink USB, which was an item I've been wanting for a while to better experiment with digital modes.  I also received an MFJ-259B signal generator / antenna analyzer, which will be a boon for my circuit experimentation.  Next up was the Elecraft booth, where I wanted to grab a T1 antenna autotuner kit, and play with some of the display radios.  I also had the pleasure of speaking with Wayne, one of the owners of Elecraft.

With my new gear secured, it was on to the flea market to pick up components.  The flea market is expansive, and has a wide array of interesting items to look at.  This boat anchor radio, was an especially nice gem: 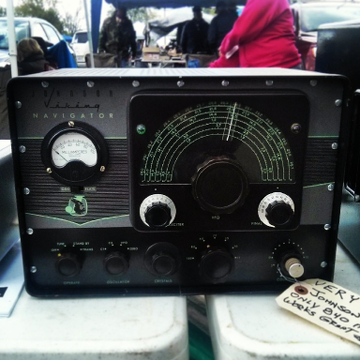 I was slightly disappointed that I was not able to retrieve every component on my list, which included some harder to find IC's and crystal values.  I could have very well overlooked the items, as there was a lot to see, but it does seem that even at shows like Dayton, the people gathered who experiment with radio circuits are not in the majority.  I was able to check a lot of items off my list, so trust me if there was any disappointment, it was very minor.

It wouldn't be a proper flea market, if you didn't experience some weather.  While we were exploring, we were pelted with hail twice.  Good thing I brought a hat! 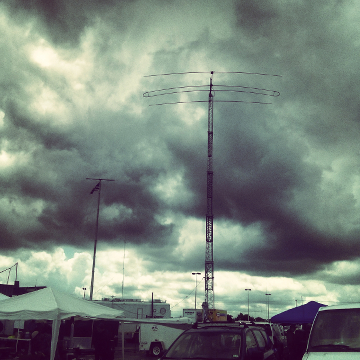 After we saw everything in the flea market, it was back inside to see the rest of the show floor.  I had a great time chatting with Thomas who had a booth for his non-profit Ears To Our World.  I am a regular reader of his blog The SWLing Post.  I also really enjoyed visiting the booth for a telegraph museum, which had a WWII Enigma machine on display! 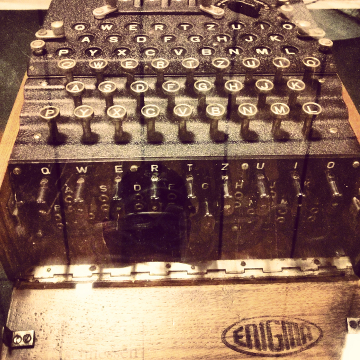 ...and that was pretty much a wrap.  I did pop into many more booths than I can list here, and had an excellent (and tiring) day.  If you have the chance to attend the Dayton Hamvention, I would wholly recommend it.

I'm expecting to review some of the equipment I received at the show as well, so stay tuned for that as well.